‘Sama’ (Arabic for ‘listening’) is a Sufi ceremony that includes elements of ritual, singing, dancing, music, poetry and prayers. The Mevlevi Order in Turkey have a particularly remarkable version of this ceremony, in which the dancers (known as ‘dervishes’ or ‘semazen’) whirl around the space in ecstatic devotion. Throughout the dance, the left foot of the dancers remain anchored to the ground (Arḍ — أَرْض, earth). One of their hands is also turned palm-down to face the ground, while at the same time the other hand is raised palm-up, to face the expanse of the universe (Faḍa’ — فَضاء, cosmos) and the light of God. The dancers’ trancelike spinning acts as a conduit between these two realms, and as they quicken their rotation, their long skirts expand out fully into open circles, creating a remarkable visual spectacle.

This violin concerto tries to capture this sense of two vast realms — the earth and the sky — with the dancers whirling ecstatically between them. The first movement (Arḍ) begins with a ritualistic, chant-like ‘tolling’ in flutes, violas, harp and vibraphone, over the top of which the soloist enters with a quiet but intense motif. This motif continues to ‘flourish’ throughout the movement, representing the growth and fecundity of the earth. At times it becomes more frenzied and active; at others, more introspective and distant.

The second movement (Faḍa’) opens up a vast space of cosmic proportions, above which the soloist floats in a distant ecstasy. The orchestra seems to illuminate the scene with shifting washes of light. There are two episodes during which the music becomes darker, more intense and more agitated as the soloist tries to goad the orchestra into a state of disquiet.

The final movement (Semazen) sees the soloist whipping up frenetic whirling gestures, in an almost constant state of ‘vortical’ force. In an act of homage, the music quotes and extrapolates some key motifs from to two influential twentieth-century compositions that also share this ‘whirling’ quality: Gérard Grisey’s Vortex Temporum and Helmut Lachenmann’s Mouvement... vor der Erstarrung. 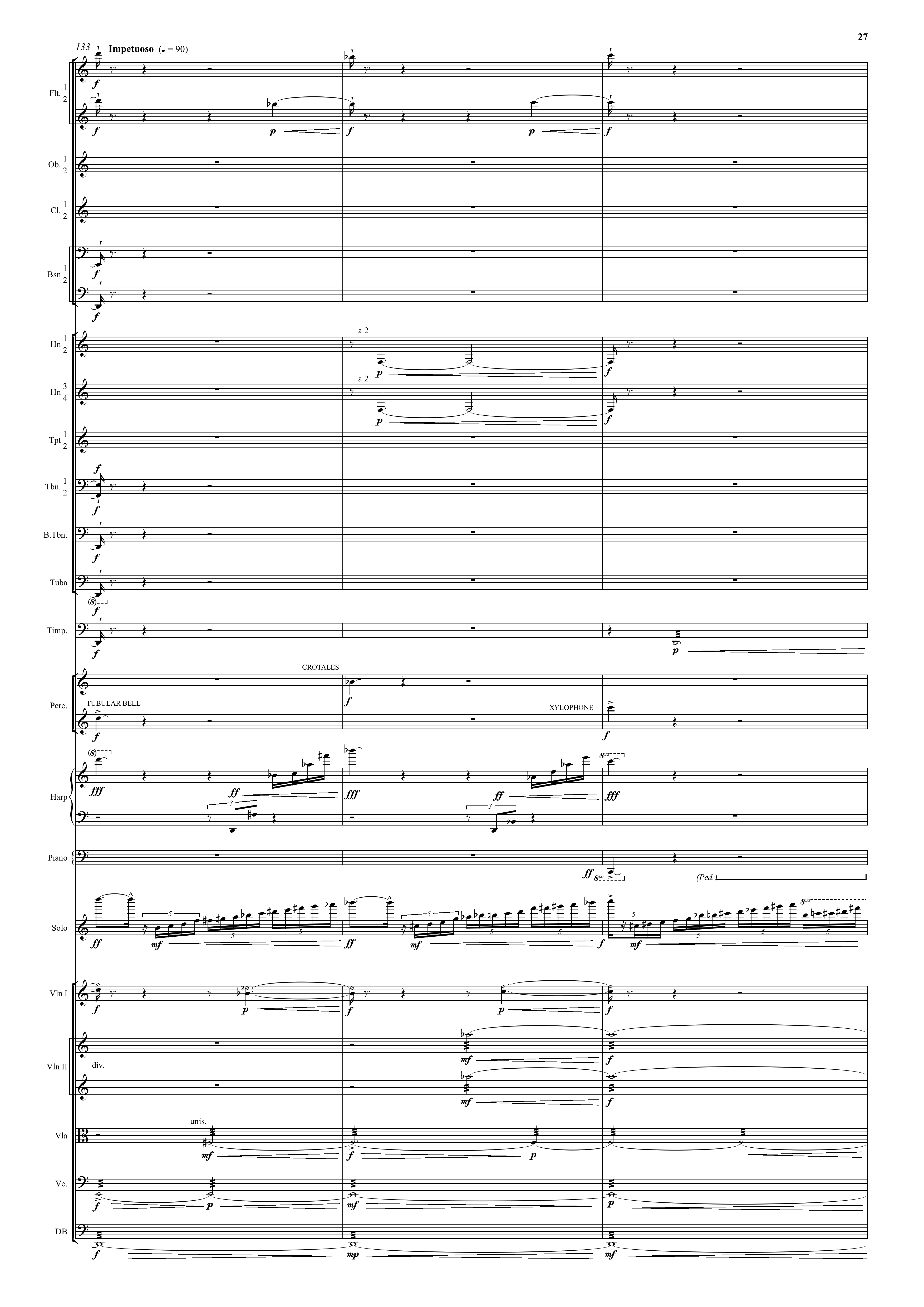