Captain Cook’s first voyage to the South Pacific was funded by the Royal Society with the intention of expanding the scientific knowledge of the Enlightenment. He observed the transit of Venus, collected and classified flora and fauna, and searched for the fabled Great Southern Continent. Failing to find it, he proceeded to New Zealand where he was instructed to cultivate a friendship with its inhabitants and to observe their ‘Genius, Temper, Disposition and Number’.

The naturalists on board Cook’s ship discovered new species of trees, ferns, epiphytes, gourds and flaxes, as well as animals such as albatrosses, shearwaters, petrels, hawks, penguins, seals and whales. The crew were also fascinated by the mātauranga of the indigenous Māori they encountered—Cook particularly admired their waka-building abilities, agricultural and fishing skills, the intricacies of tā moko, and the myriad forms of harakeke weaving seen in kākahu (cloaks), whāriki (mats), kete (baskets) and tukutuku (panels). The crew also observed and collected a number of taonga puoro, including pūtātara (conch trumpet), nguru and kōauau (flutes).

The indigenous flora and fauna, as well as mātauranga Māori, are represented in this piece through both the taonga puoro and the live electronics. The taonga puoro played in this work are constructed from the unique flora and fauna of New Zealand. They include three kōauau, one made from toroa (albatross) bones, one from moa bone, and one from a hue (gourd); a pūtōrino made from kōwhai; a porotiti made from the vertebra of an ūpokohue (pilot whale); a pūtātara made from native timber and conch; and a pūkāea made from kauri.

The live electronics, based entirely on computer processing of the taonga puoro in real time, create flowing, wavelike sound-textures that suggest both the endless seascapes that accompanied the men on their voyage, as well as the weaving and braiding of the harakeke that so enraptured Cook (rerenga: flowing/ journey). Emerging out of the electronics, delicate orchestral sonorities imitate the wavelike shapes of the electronics, the taonga puoro’s breathy timbres, and build chords based on the naturally occurring overtone series of the instruments. The piece seeks to both celebrate the individual materials and sonorities of both orchestra and taonga puoro, as well as ultimately fuse and meld them to the point where it is no longer clear which is which.

Mātauranga (Rerenga) was commissioned by the New Zealand Symphony Orchestra for their 2019 season, with taonga puoro soloist Alistair Fraser, conducted by Carlos Kalmar. 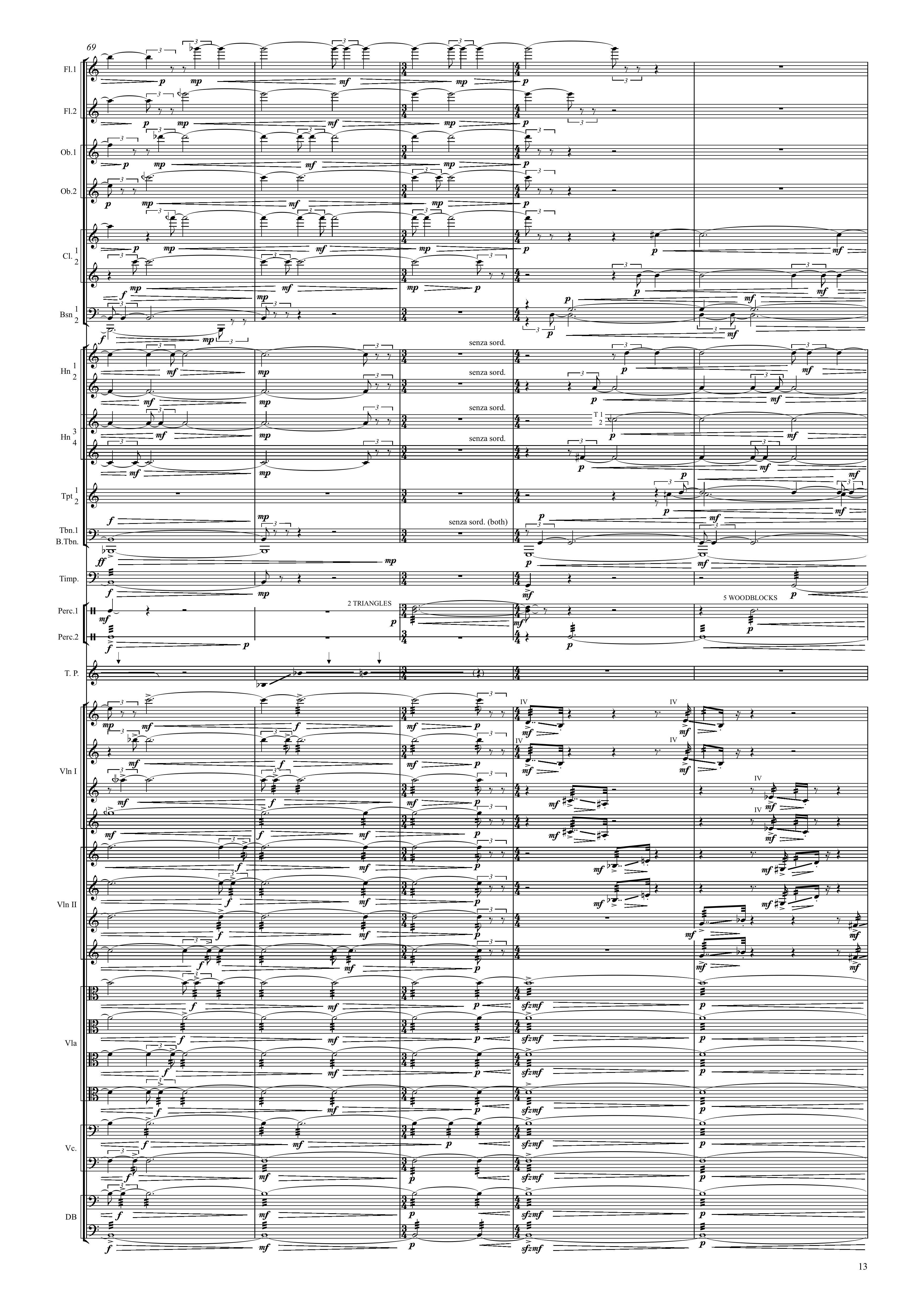