The contrabassoon, undoubtedly one of the most strange and wonderful of all modern-day orchestral instruments, is thrust into the limelight in this work—an opportunity it grabs with both hands.

After the opening motoric passage in the strings, the contrabassoon comes flying down the entrance ramp with horn blaring, thereafter engaging in a constant battle for supremacy with the aggressive manoeuvres of the orchestra. In the final chaotic section, for instance, it has to endure the strings' lane-changing (without indicating), the woodwinds' tailgating, and the tuba's road rage while struggling to chart its own course through the orchestra's clogged highways.

Although the way is often blocked by intimidating forces threatening to run it off the road, the contrabassoonist's command of the lowest orchestral register ensures that, in the end, he will be the one sitting in the driver's seat.

Heavy Traffic was commissioned by the New Zealand Symphony Orchestra, and is dedicated to contrabassoonist extraordinaire, Hamish McKeich. 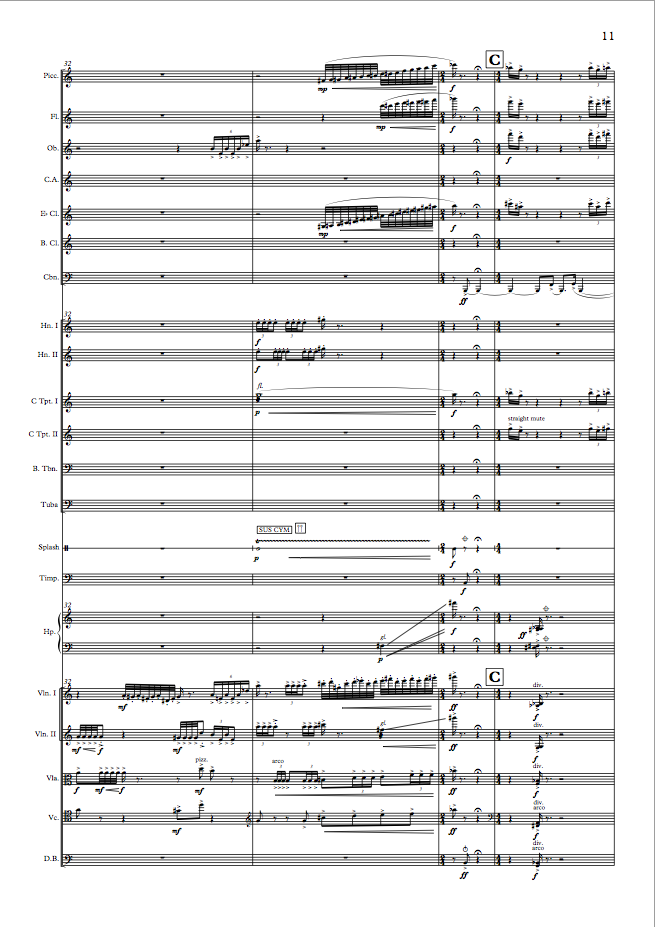