The human brain is an amazing organism, capable of remarkable feats of coordination and imagination. But there is one thing that it is not very good at: contemplating and imagining its own death. Death is our blind spot — our experiential knowledge, our entire personal epistemology stops after we die. Because we are unable to conceive of the end of our own existence, we are forced to invent stories. Human culture is overflowing with stories about the afterworld, and in some cases these have become extraordinarily rich in details, textures and landscapes. Afterworlds may be light, dark, watery, icy, misty, subterranean. They may be found in the clouds, in the earth, in the sun, in the moon. They may be places of peace, or places of great violence. There may be hope for redemption, or the soul may be damned for all eternity.

In Exitus I use the shades, colours and textures of four specific afterworlds—Quidlivun (Inuit), Xibalbá (Mayan), Niflheim (Norse) and Oka Lusa Hacha (Choctaw)—as starting points in the musical development of four sonic images, images that also hint at our uncertainty about death: the fears, anxieties and reassurances that we, perhaps mistakenly, cling on to.

I. QUIDLIVUN [”The Land of the Moon”)

In Inuit mythology, spirits who maintained a virtuous life are taken to Quidlivun, the Land of the Moon, where they find eternal rest. The material is scored almost entirely from string harmonics, which create a luminous and evanescent texture.

Xibalbá is the name of the Mayan underworld, roughly translating as “place of fear”. A dark, subterranean place, Xibalbá is headed by the demon lord Hun Caquix (“One Death”). Souls who walked the road to Xibalbá are faced by tribulations such as rivers of blood and pus, and once in Xibalbá, are faced with deadly trials by darkness, cold, fire, razor blades, hungry jaguars, and shrieking bats.

III. NIFLHEIM [“The House of Mists”]

In Norse mythology, Niflheim is a far northern region of icy fogs and mists, darkness and cold. It is situated on the lowest level of the universe, underneath the third root of Yggdrasil, the world tree. An old Norse hymn tune “Med Jesus vil eg fara” (With Jesus I will journey) is played almost inaudibly by violins and viola, above which the cello traces thin, delicate brushstrokes.

In the afterworld mythologies of the Choctaw tribe of Native Americans, the soul heads down a long road to the East in search of the good hunting grounds, and faces a trial by crossing a log over the Black Water River. If he has sinned, he falls into the great gushing waterfall beneath. 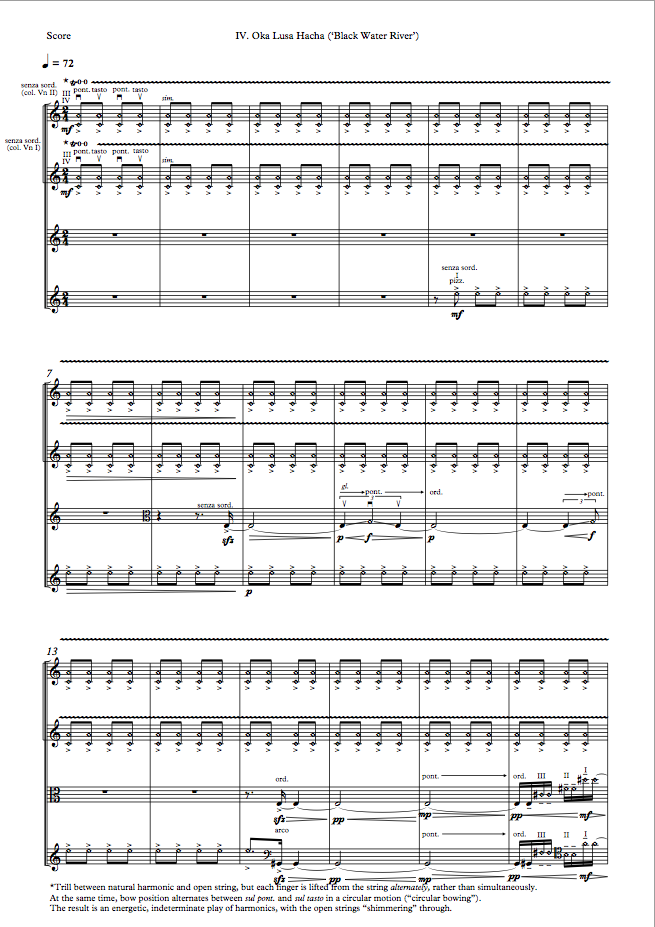