dirty pixels was written in response to two stimuli: an exhibition of the same name curated by Stella Brennan in the Adam Art Gallery featuring New Zealand artwork of a certain rough-hewn, gritty nature; and hearing the work Jagden und Formen by German composer Wolfgang Rihm, an unremittingly wild and preposterous discourse of extremes.

These two stimuli caused something of an aesthetic dilemma: leaving behind my rather French fondness for euphonious washes of sound, I became interested in the characteristics of roughness and raggedness, and in how a ‘pure’ conceptual scheme, such as the quite systematic construction I had formulated just prior to starting this piece, became ‘dirtied’ by intuition, by the exigencies of the material and by the reality of having it performed.

dirty pixels was commissioned by the New Zealand Trio, with funding from Creative New Zealand. 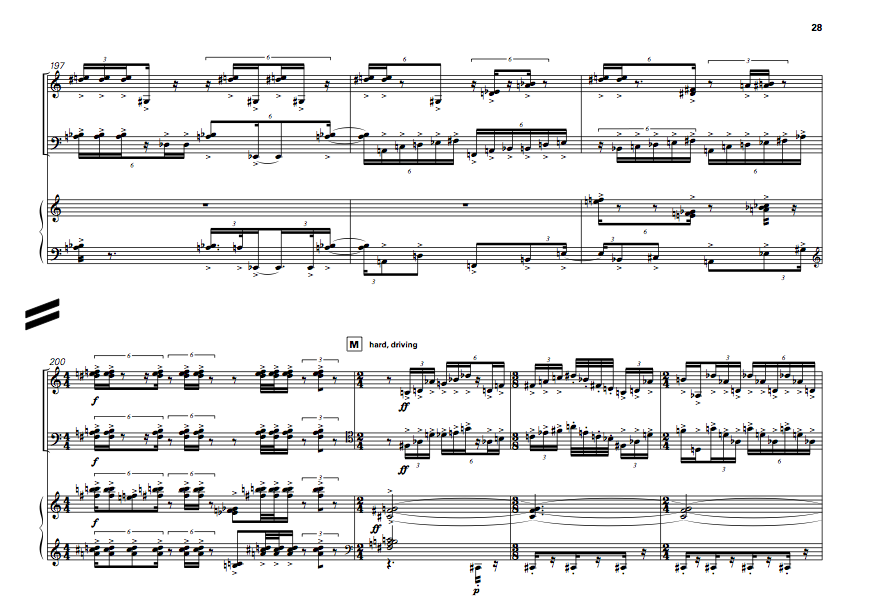