The word ‘claro’ (meaning ‘light’ or ‘clear’) describes a visual, aural and, perhaps, psychological state of transparency, lightness and clarity. It is depicted sonically by the opening texture of the work, a delicate series of ‘points’ that first states the main pitch material for the piece. These points are produced by pizzicato strings, piano, harp, crotales, vibraphone and glockenspiel, instruments that have no natural sustain, only an attack-decay profile that results from being plucked or struck. Out of this pointillistic texture, sustained lines and phrases begin to emerge, interact and play off one another. Gradually they gather strength, coalescing into more assertive and fully formed thematic ideas as the music accumulates energy.

There is a constant play of lines and forms throughout, stemming from a patterning of musical pitches inspired both by the technique of change ringing (the permutational re-ordering of an ensemble of bell-ringers) and its resultant tinntinnabulation (a wonderful word coined by Edgar Allan Poe to describe the lingering resonance of a bell after it has been struck). The penultimate section of the piece features clangorous, metallic textures and full orchestration as the music’s momentum builds, but it eventually dissipates into a closing section of quiet ‘chimes’ that briefly recalls the opening.

This piece was commissioned by the New Zealand Symphony Orchestra for their 2015 season, and is dedicated to the dedicated professionals who make up this remarkable band — a national treasure. 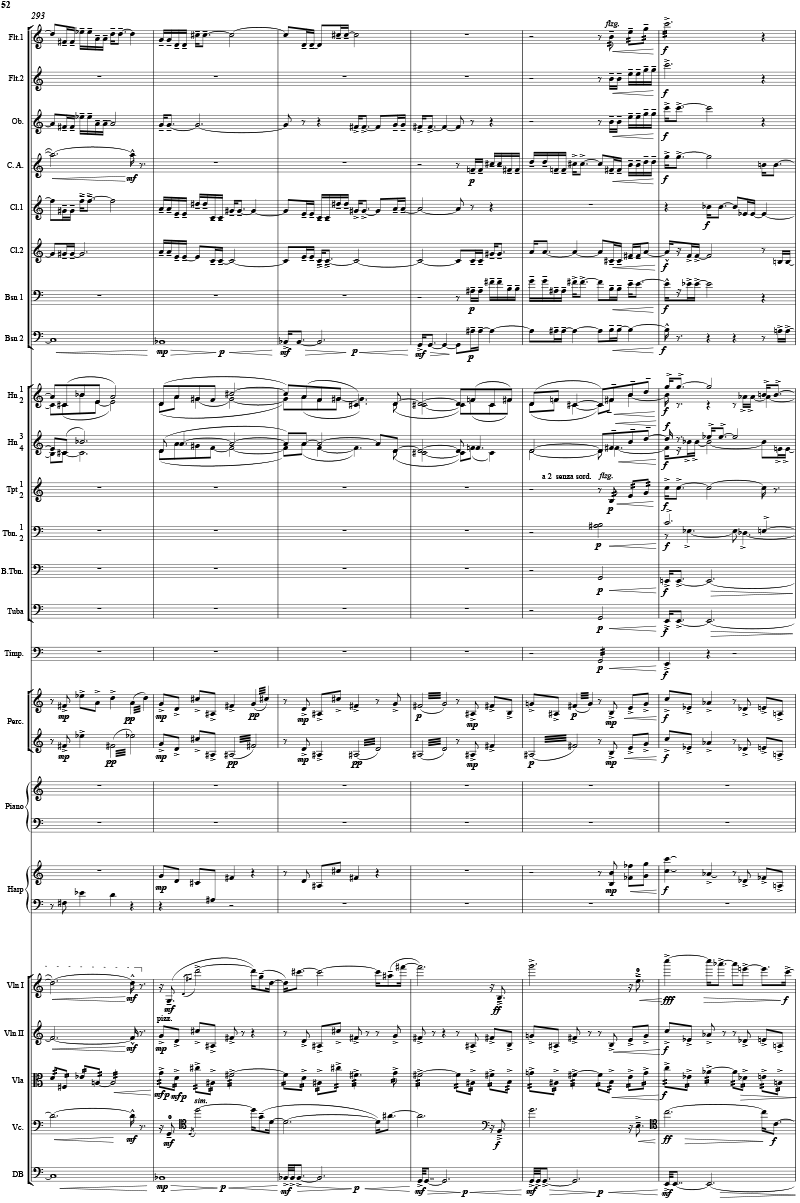