The seven ‘Pressing scales’ (plus their modes) are shown by Dmitri Tymoczko to be the predominant scales that formed the expanded set of scales used particularly by Franco-Russian composers at the end of the nineteenth and beginning of the twentieth century. The scales are formed by following the following constraints:

With these two constraints, the following seven collections can be formed: 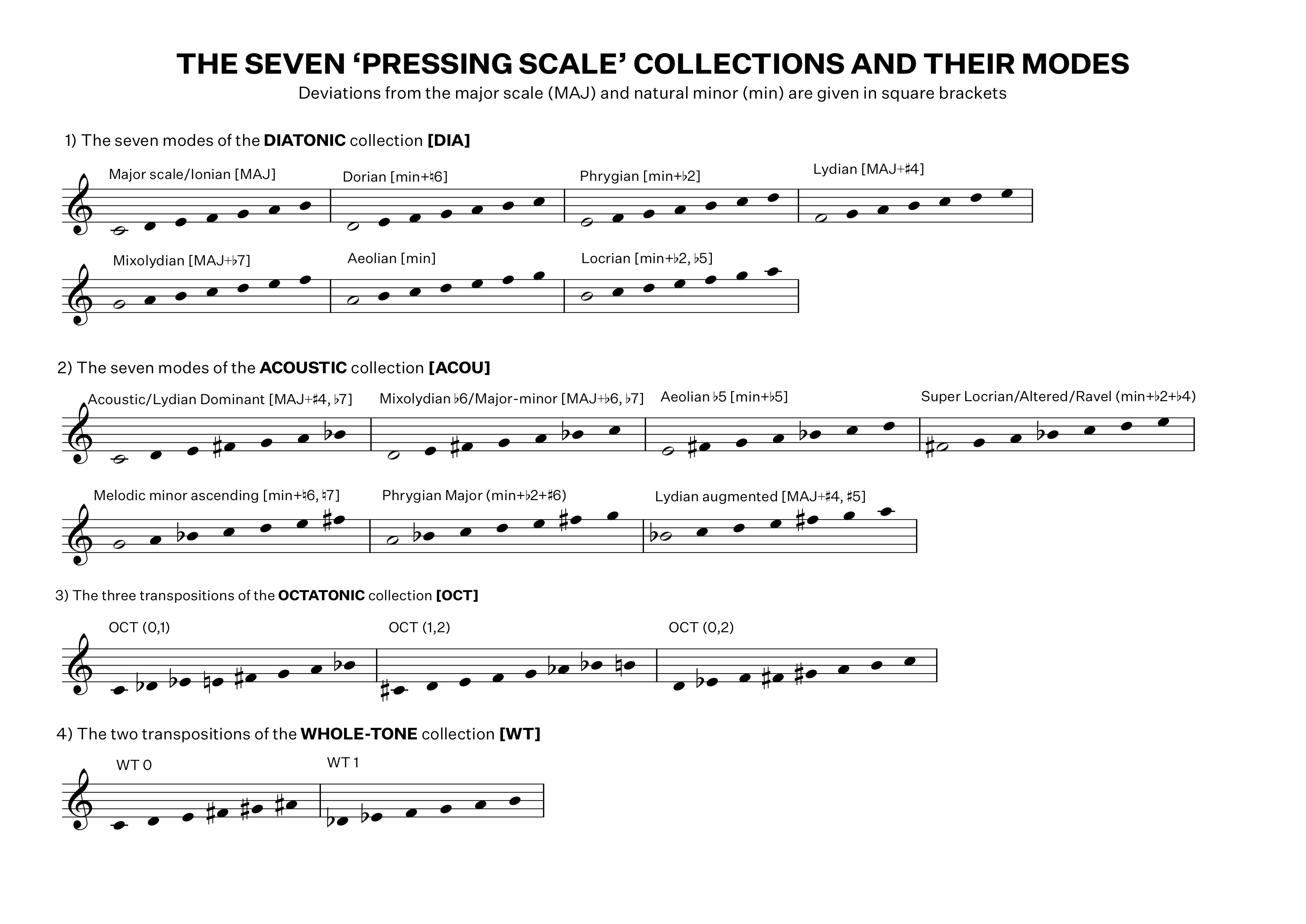 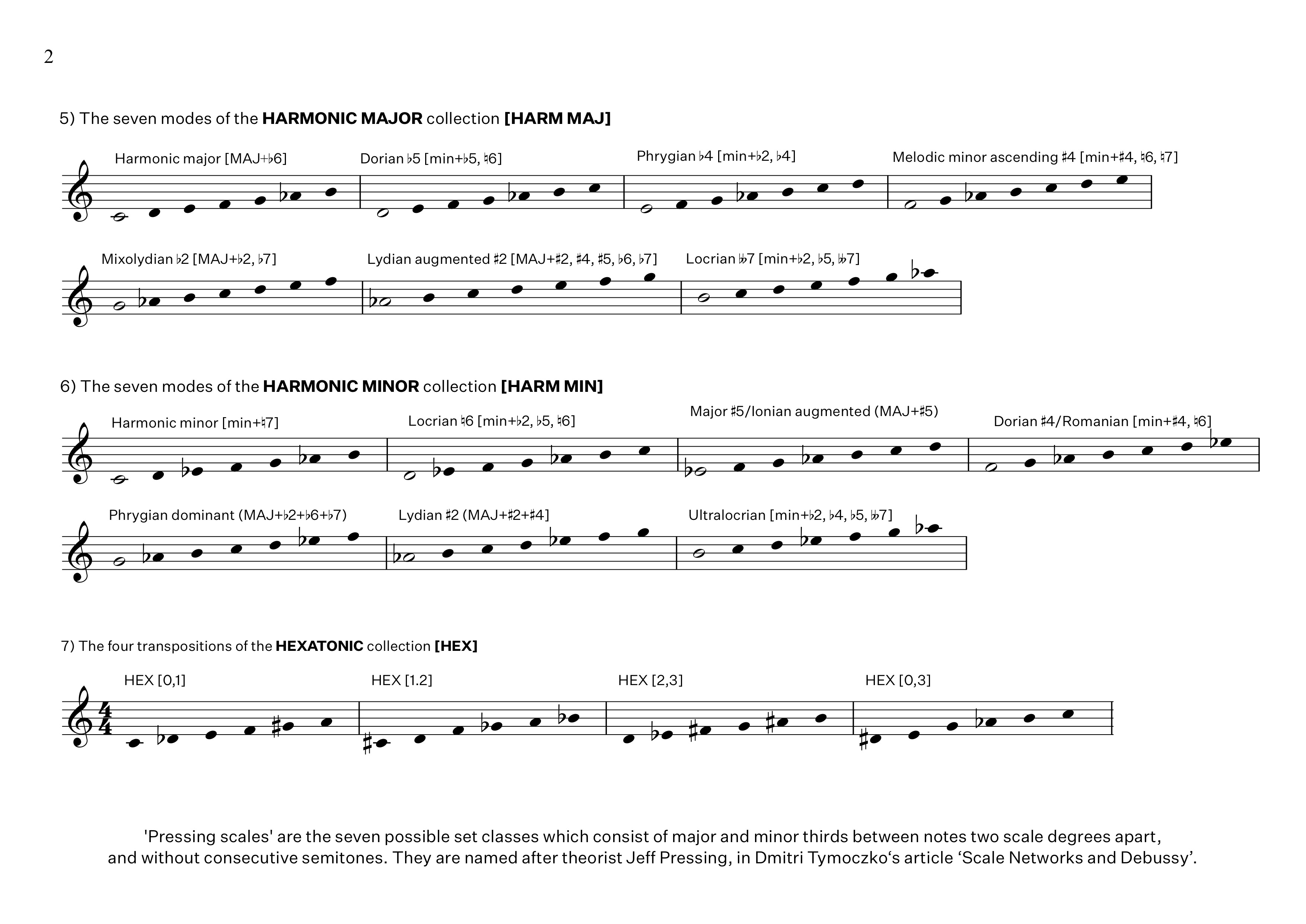